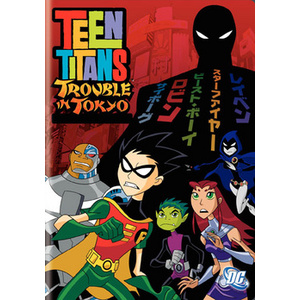 When a high-tech ninja from the Far East attacks Titans Tower, Robin, Starfire, Cyborg, Raven and Beast Boy make sushi out of him. Discovering the warrior was sent by menacing Japanese baddie Brushogun, the crew heads to Tokyo! But crushing the criminal element there isn't as easy as they thought. The local police don't believe Brushogun is anything more than a myth, and when Robin takes out an attacker in a thrilling showdown, he gets a one-way ticket to jail. As the other Titans race to rescue Robin, Brushogun makes his play to end the Teen Titans. It's high-voltage action all the way.
Home | Help | Terms & Conditions
© 2002-2022 Online Rewards