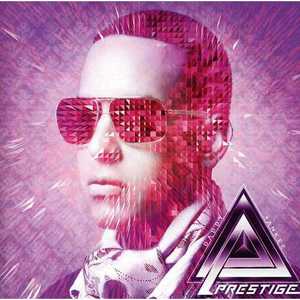 Named one of the most influential Hispanics in the world by both CNN and Time Magazine, and Latin Urban Artist of the Decade in 2010 by Billboard magazine, Daddy Yankee continues his trailblazing path with the upcoming release of his new album PRESTIGE. PRESTIVE is an album that reflects the real urban movement. I'm returning to the formula that made this genre great, using raw Reggaeton because it's the music that continues to create the most buzz with the fans. Combining as well a tropical urban fusion of which the public always desires. I decided to make the album completely in Spanish by popular demand. The fans asked for the essence and the essence is what they'll receive from my album PRESTIGE, said the Latin superstar.