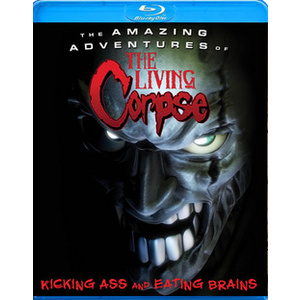 Amazing Adventures of the Living Corpse

Meet John Romero, the decaying corpse with a conscience, wracked with guilt and ready to kick ass. In his first frenzy of undead hunger, he'll infect his own wife and slaughter his young daughter. But now this reluctant brain-eater must brawl his way through the wretched fiends of Hell itself to protect his surviving son from the horrors of the living. Get ready for a limb-ripping, flesh-chomping animated battle from beyond the grave, based on the hit underground graphic novel from Dynamite Entertainment.
Home | Help | Terms & Conditions
© 2002-2021 Online Rewards